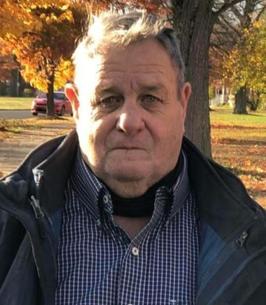 Donald Henry LaCross, 75, of Essex, Vermont, passed away on October 24th, 2022. He was born to parents Henry LaCross and Leona Livingston LaCross on February 9th, 1947 in Barre, Vermont.

He graduated from Spaulding High School in 1966 and then attended Thompson School of Nursing.

Donald worked at Independent Foods, HP Hoods, and also for many years at Bouyea-Fassetts.

He served in the United States Air Force from November 1967, serving two tours in Vietnam, until being honorably discharged in November 1971.

Donald was a sports enthusiast and enjoyed spending his Sundays watching his favorite football team, the New York Giants. He was also an avid fan of the Boston Red Sox and Boston Celtics. He enjoyed fishing in his younger years, word search puzzles, and attending his granddaughter’s dance recitals.

Donald is survived by his son Scott and his spouse Jennifer of Grand Isle, his son Ryan and his fiancé Lorrie Lavallee of Burlington, two grandchildren: Emma and Lily LaCross, his brother Richard “Dick” LaCross of Milton, his sister Sharon Frazier and her husband Gary of Cadyville, New York, as well as nieces and nephews.

He was preceded in death by his long-time partner Deborah Miller in 2012, his sister-in-law Jean LaCross in 2020, and his parents.

Arrangements are in the care of Lavigne Funeral Home in Winooski, Vermont. A remembrance gathering will be held privately for his immediate family.