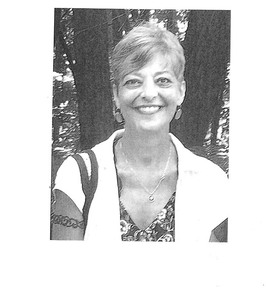 Karen Marie Geiger died on February 26, 2022 after a courageous three-year battle with cancer. The daughter of William E. Geiger Jr. and Edwina (“Winnie”) Pordum Geiger, she was born in Ithaca, N.Y. on February 21, 1968. Karen moved to Vermont with her parents and her younger brother, Matthew William, in 1974 and was educated in Essex Junction schools. In her higher education she first obtained adegree from the Community College of Vermont (CCV) and then earned the B.A. in Art at the University of Vermont.
Karen was a bright and high-spirited person with the innate characteristics of being aware of the needs of others and of providing help whenever possible. In terms of her personal interests and talents, Karen’s first love was the arts. She acted in local theater productions, but her prime attraction was to the studio arts. While employed in development at CCV, she curated the art galleries on the Winooski campus, wrote art reviews for Art Map Burlington, and continued to explore and show her own art through painting and photography. Eventually her professional interests took her to a position at the
Vermont Studio Center in Johnson, where she grew in appreciation of Vermont country life and enjoyed interacting with artists and writers in the beautiful rivers and hills of Lamoille County. Karen later accepted a fundraising position at the Clarina Howard Nichols Center in Morrisville, a non-profit institution which cares for abused women and children. The satisfaction that she felt in this work derived from her fundamental character traits.
Karen experienced some turbulent periods as her close-knit family suffered first the loss of her brother Matthew in 2016 and then the passing of her mother Winnie in 2018. She was a strong and loving family presence during those challenging times. Karen’s friends Koi Boynton and Jenniflower Laker provided great support to her, both then and later through her period of illness.
Karen was an inherent optimist who saw the glass as more than half full. Although she spent parts of the last three years of her life beset by medical problems arising from her disease and from the side effects of its treatments, she also created new avenues in her art, found a new spiritual life, and rediscovered her love of growing things. Her father did not mind that she turned their house into a collection of art studios encircled by plant jungles. During her illness, Karen continually expressed her gratefulness for the physical and psychological support shown by her friends, by Drs. Steven Ades and Zale Berry, and by Kathleen McBeth. Their sustaining care and love was especially important to Karen as,in her words, she “neared the clearing at the end of the path” and anticipated her reunion with Matthew and Winnie. The world was a better place owing to Karen’s 54 years in it.
Karen is survived by her loving father Bill, by her sister-in-law Emily Geiger, by Amanda, and by aunts and cousins on the Pordum side. Visiting hours are scheduled at the LaVigne funeral home, 132 Main St.,in Winooski on March 9th , 4-7 PM. A Mass of Christian Burial will be celebrated at Our Lady of Mount Carmel Church in Charlotte on March 10th at 10 AM. Donations in Karen’s name can be made to the Karen M. Geiger Scholarship Fund at the Community College of Vermont through the Director of Resource Development at CCV.