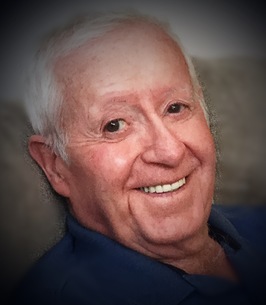 Roland “John” Philip Gratton, 87, a lifelong resident of Colchester, died peacefully at home, surrounded by his children, on June 16, 2022.

John was born in Colchester on January 17, 1935, the son of the late Oscar H. and Antoinette
(Gaboriault) Gratton. He was a communicant of Our Lady of Grace Catholic Church.

He began his life on the family farm in Colchester. As a young boy he tended to the chickens and turkeys and the large family vegetable garden. As he got older, he was in charge of the horses and worked in the woods with his father and brothers felling trees for the family sawmill. At age 12 he became the sawyer’s apprentice, eventually becoming the sawyer for the mill. After the mill was closed, he worked for a variety of construction companies and was an integral part in building Vermont’s interstate highway system, the “Circ” highway and the Beltline in Burlington.

His significant contributions to Vermont’s infrastructure pales in comparison to his signature
accomplishment of building a family. On September 29, 1956, he married the love of his life, Veronica “Verna” Mary Bluto in St. Ann’s Catholic Church in Milton. Together they built the family home and surrounded their five children with an abundance of love.

In addition to his family, John loved the outdoors. He was a hunter and fisherman. Every fall he could be found in the woods hunting deer, while in winters he enjoyed ice fishing and riding on his snowmobile.

A Mass of Christian Burial will be celebrated at 1:00 p.m. on June 23, 2022, at Our Lady of Grace Catholic Church , 784 Main Street, Colchester, Vermont. Interment will be private.
Memorial contributions may be made to Home Health and Hospice, 1110 Prim Road, Colchester, VT 05446.